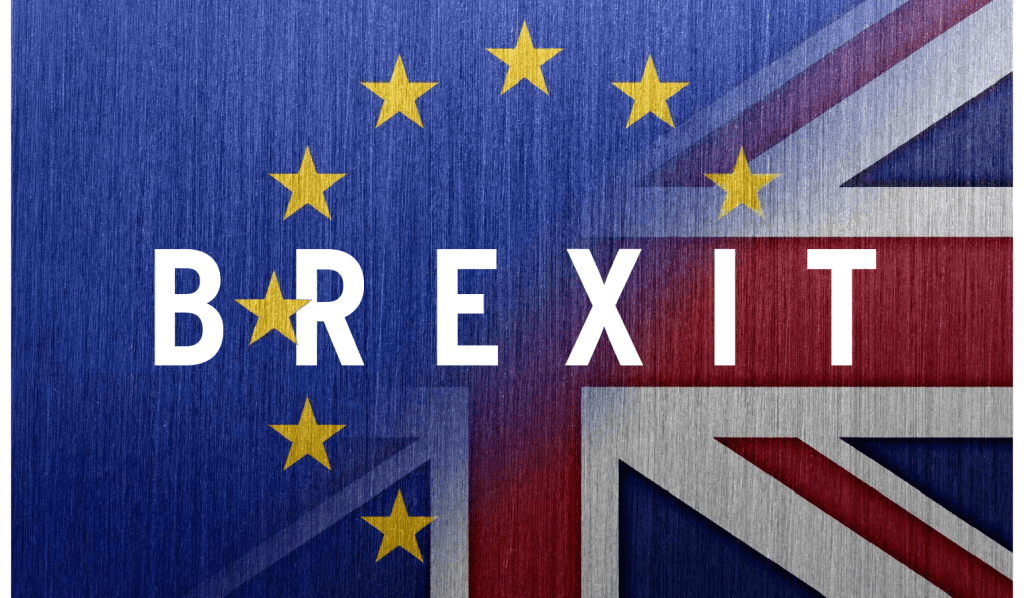 As the UK economy looks to bounce back from Brexit and Covid-19, global exports may hold the key to growth

As originally seen in ‘Brexit and International Trade’ published by Raconteur Media on 14/09/2021 in The Times.

In the wake of Brexit and the pandemic, exports present a global opportunity for UK companies that want to widen their horizons beyond the EU.

UK businesses with open growth strategies can now explore previously untapped international markets, though this depends on the government’s success in striking free trade deals with other countries. Further progress is essential, building on existing agreements such as those with Australia and Japan.

These deals offer pointers for the path ahead. The UK-Australia Free Trade Agreement, now agreed in principle, is the first major trade deal negotiated from scratch by the British government since Brexit, eliminating tariffs on all UK exports. This could be significant: the UK’s trade relationship with Australia was worth £13.9bn in 2020 and is set to grow under the new deal.

Likewise, the free trade agreement with Japan could offer opportunities to ambitious exporters, going far beyond the existing EU deal, according to the Department for International Trade (DIT). The government estimates the agreement will increase British trade with Japan by £15.2bn, with UK businesses benefiting from tariff-free trade on 99% of exports to the country. 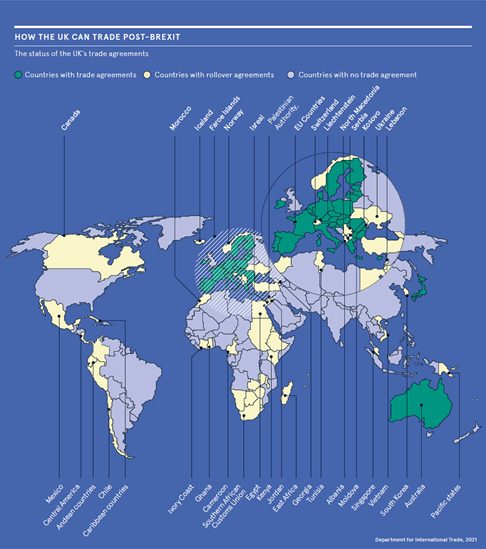 But there are bigger trade prizes on the horizon. The top target is the United States, with China and India close behind, notably in the automotive, consumer, healthcare and technology sectors. Negotiations with President Joe Biden’s US administration appear to have stalled amid outstanding issues in areas such as food safety, animal welfare and pharmaceuticals. Financial services, investment, ecommerce and regulation may be among other points of contention.

According to the DIT, free trade will grow the economy in every part of the UK and deliver jobs, better living standards and higher wages. “As an independent trading nation, we are striking ambitious deals to suit our key industries, going further than before with major partners such as Japan and Australia,” the DIT says.

Since Brexit, the UK has aimed to retain and strengthen its global trade links. It has negotiated and submitted to the World Trade Organization (WTO) certification of its own WTO schedules of commitments on goods, services and agriculture, all of which were previously under the EU.

However, there are a number of challenges ahead, with all eyes on the continuing international trade negotiations.

With such a range of countries on offer, making the best choice about where to expand a business can seem like a daunting task.

Companies must weigh up issues around geography, culture, consumer behaviour, cost and competition, plus legal and tax considerations. 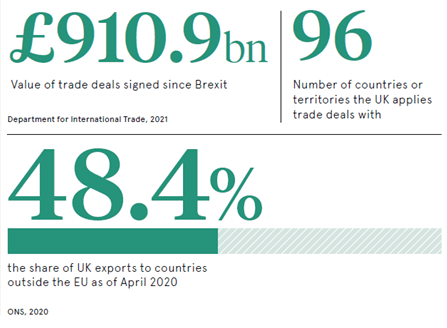 Chris Southworth, secretary general of the UK International Chamber of Commerce, says a company’s export journey starts by identifying the market opportunities for its products or services.

“It begins with a strategic plan and market analysis of what is required to launch the product or service,” he says. “The company has to decide whether to sell through a distribution agent or set up an office on the ground. Help is available through the local British embassy and chamber of commerce.”

The process of deciding target locations will differ from business to business and from sector to sector, notes Institute of Export & International Trade director general Marco Forgione. Companies will usually know where their competitors have been successful, or perhaps they’re seeing unsolicited inquiries from a particular country.

“There are web analytics that businesses can use which might tell them particular territories and countries where their products are being searched. All this data can give a picture of the people who are looking at your product and might be interested in buying it.”

When introducing a product to a new location, a company’s top priority is assessing the level of demand. They will then need to think very carefully about the legal framework, Forgione says, including the legal
requirements they must meet and the requirements expected of them.

Beyond this, they must consider the ease of doing business in the country, he says. That includes “thinking about how far away it is, the language skills they might need and cultural issues that arise from doing business”.

Another important aspect, particularly for the UK’s small and medium-sized enterprises, is ensuring their staff are properly trained. There are reputable courses and qualifications available, while professional membership bodies can also provide other resources, expert help and advice.

Latest export opportunities are listed on the DIT great.gov.uk website, which may provide introductions or leads for would-be exporters.

Additionally, there’s help available through DIT online support, including virtual trade missions, export academies and trade shows. Smaller businesses are backed by the Internationalisation Fund offered by the government, while there are advisersin every region who are often well-placed to assist businesses that are thinking about exporting.

As well as political, social, cultural and infrastructure considerations, there may be trade barriers through prohibitive tariffs or quotas, not to mention bureaucratic red tape, cautions Tracy Ruff, Business West
International Trade Centre manager, who is based in Bristol.

“It is also important to carry out a competitor analysis: who they are, how many there are, their offer compared with your own, their relative strengths, pricing strategies, who the market leaders are and where
your company would fit in,” she says. “Can you identify a gap that none of the competitors can fill but
you can?”

It’s important to also try to understand cultural differences. Japan, for example, is a country founded on tradition and relationships; building strong ties over the longer term is crucial to success there. And while countries such as Australia and the US might have a similar business culture to the UK, companies should not assume operating there will be the same simply because they are English-speaking countries.

Turning to particular examples, Ruff says that exporters looking to Australia must get to grips with the country’s taxation system.

“You’ll need to consider things like the superannuation levy, which requires you to pay towards local employees’ retirement. You should also make sure you register at the Australian Taxation Office when you incorporate.”

While tariffs should be part of the initial market assessment, “the bigger issue may be non-tariff barriers”, notes Southworth. These include regulations, rules of origin, quotas and large amounts of bureaucracy and paperwork. Dealing with federal countries like the US and Brazil can be difficult, because their individual states are likely to have their own requirements.

“Perhaps a bigger consideration is shipping costs as these have gone through the roof. A container has
gone from £2,000 to £10,000 or even more,” says Southworth. “Also, different labelling requirements may have to be built into factory processing, which could add up to quite a lot of money.”

Companies should check the duties, rules and restrictions for their goods or services in the destination country. They need to apply for any necessary licences or certificates and must get an EORI (Economic Operators Regulation and Identification) number.

There are a number of declarations necessary, including for customs, temporary storage and entry or exit summaries. Also, companies must register for VAT if their VAT taxable income exceeds £85,000. They must
then check that whoever is receiving the goods or services can import them, as the importers may need a
licence or certificate and to make an import declaration.

New exporters must decide who will make export declarations and transport products; they may decide to hire someone to deal with customs and move the goods for them.

Finally, though of no less importance, UK exporters must find the right commodity code to classify the exports, prepare an invoice and other documentation – certificates, licences, and proof of origin – which
must travel with the goods.

Companies already exporting beyond the EU before Brexit will be familiar with the various requirements and paperwork, giving them an advantage over those starting from square one.

This article was written by Peter Archer. To access the full ‘Brexit and International’ Trade report, please click here or find it on Raconteur’s website at www.raconteur.net

Interested in expanding your business on a global scale? Get in touch with us here to speak with our team of experts.