The Causes and Impacts of Gender Imbalance in International Assignments 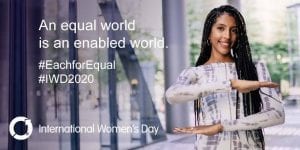 With International Women’s Day coming up this weekend, and as a company with a female CEO and a predominantly female workforce, we’ve been thinking about gender disparities in business as a whole – and more specifically, the global mobility space within which Mauve Group operates.

There is a growing awareness within global mobility of the disproportionately low number of women seconded on international assignments by their employers. Mercer’s Worldwide Survey of International Assignment Policies and Practices) found in 2017 that women make up only 14% of the global expatriate workforce. Numbers of female expatriate assignees have increased considerably since Mauve Group was founded 1996; particularly as our client base diversified beyond engineering and technology into a broader spectrum of industries. However, in 2020 Mauve Group’s employment solutions are still registering a predominantly male field of candidates expatriated to work on international assignments.

The gender imbalance in relocation creates a vicious cycle that reflects wider problems of inequality in business. Candidates considered for international assignments ordinarily need to demonstrate experience, trustworthiness, managerial experience and responsibility. Traditionally, men are more likely to occupy positions above mid-managerial level, and therefore have a greater chance of winning international opportunities. Simultaneously, many organisations today look favourably upon international experience in candidates for hire or promotion – with less international prospects available to them, women have a harder task to reach the same career levels as men.

Women can provide untold benefits to companies that take an inclusive approach to relocation and international assignments. By addressing the imbalance and opening up opportunities to half the workforce, organisations have a broader pool to choose from and a greater variety of skills available to them. Typically female leadership strengths such as adaptability to change, emotional intelligence and tolerance of difference have been identified as vital skills for expatriates. So why does this vicious cycle continue?

Caroline Criado Perez’s 2019 book Invisible Women used data to highlight the hidden ways in which gender inequality exists in a male-dominated world. As reviewer Eliane Glaser remarked about Perez’s findings, “This is a man’s world, we learn, because those who built it didn’t take gender differences into account”. Perez uses the example of average office space temperature – most offices are set at five degrees too cold for women, because the formula for their temperature setting developed in the 1960s was based on the metabolic resting rate of a 40 year old, 70 kg man. Tiny or invisible” details like this stack up to place women at a societal and professional disadvantage.

Relocation suffers the same issue of “invisible” bias. Traditionally, the relocation policies easing workers into their new surroundings have been designed with an archetypal expatriate in mind – and, due to the higher proportion of male employees embarking on international assignments, that archetype is frequently a man. Despite the numbers of women on international assignments slowly increasing, unless packages and policies become more dynamic and responsive to the individual needs of the assignee, the bias will remain in favour of male colleagues while that archetype exists.

The findings of the 2017 Mercer report support this argument. Female expatriates were found to be far less likely than males to be accompanied by their partners on assignment. The reasons become clear when you consider that men are still statistically more likely to be the “breadwinner” in a male-female couple due to gender pay imbalances; add to that the report’s finding that two-thirds of companies (66%) provide no incentives or support to help partners settle in the host location. With no support to find the traditionally “wealthier” partner in the couple a local position, it could be argued that the majority of companies relocating women internationally are effectively asking them to leave partners behind or at least temporarily take on a substantial financial burden.

If the expatriate is male, the financial burden on the family of their female partner giving up work for the assignment is statistically less – and this may explain the increased likelihood of female “trailing spouses” following their male partner on assignment. With barriers like this in place, less women are heading on international assignments than men, and those that do are leaving their partners behind.

The barriers to gender equality in international assignments are undeniably manifold and complex – and the problem is impacting female opportunities for growth. Organisations must do more to redress the balance by taking seemingly “invisible” inequalities into account and placing their focus on the individual as they form their relocation process. As Olivier Meier of Mercer stated in 2017, “Promoting gender parity is not enough. The focus should be on the roots of the problem: building an inclusive international mobile talent pool that allows women to develop the skills and networks to access better career opportunities.”

Mauve Group CEO Ann Ellis will be delivering a talk on female empowerment in business at Relocate Magazine’s Think Women event to mark International Women’s Day. For event info, click HERE – and be sure to check back for pictures and news from Ann’s session.